A Studio in a Barn 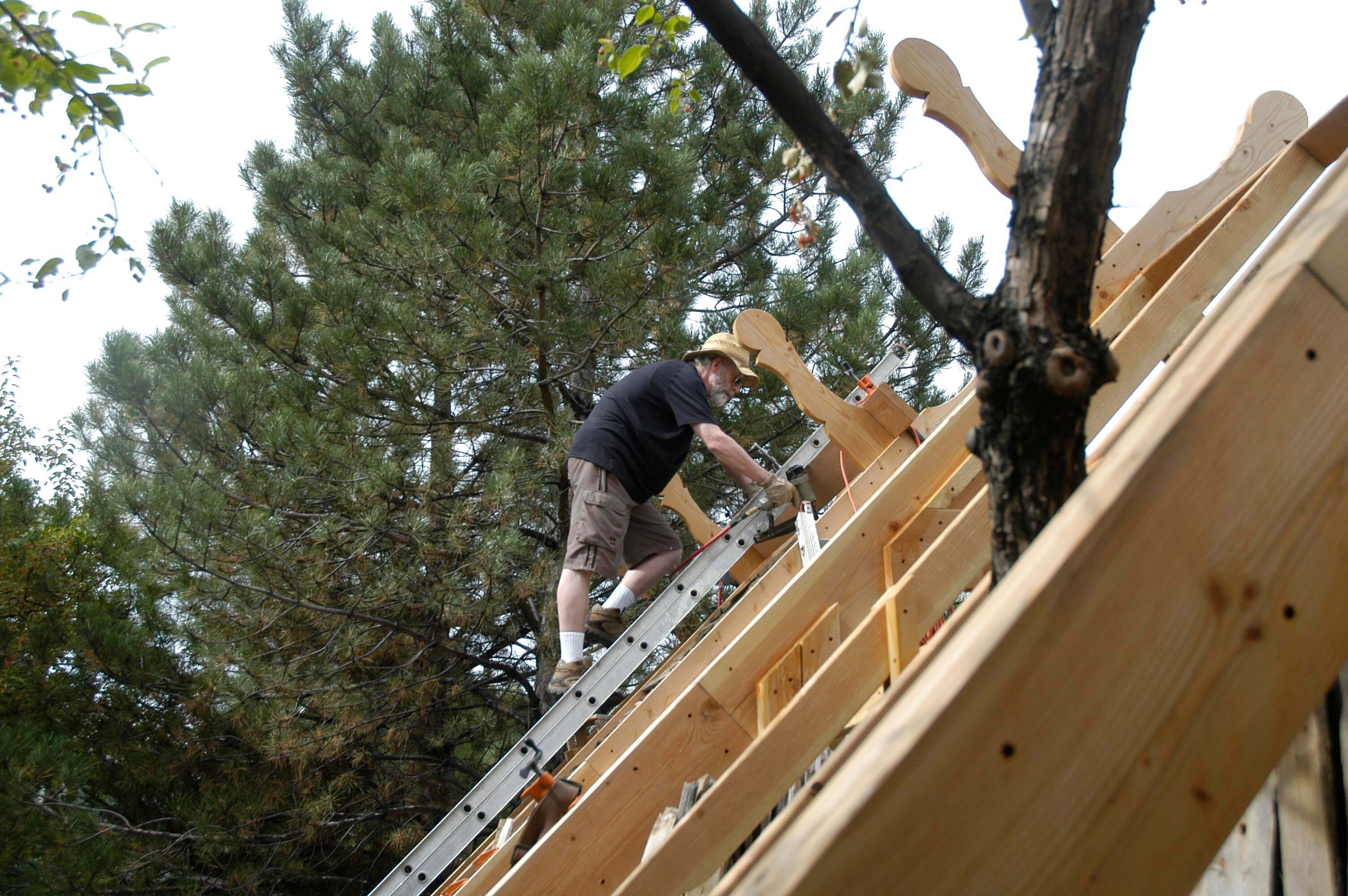 Gifts are often something new or, if not new, at least valuable because of sentiment or significance.  Unprepossessing as it looked when the salvage of a 48-year-old fence was delivered to our driveway in the summer of 2014, it was indeed a gift, in every sense of the word.  A long-time and discerning friend of ours guessed that of all the people to whom such salvage might be received as a treasure, we were most likely to give it a good home.


The following before-photograph shows the area where the barn is now situated.  Our original plan for dealing with the view of the neighboring fence in the left of the photograph, was to plant silver lace vines and a climbing rose to turn the fence into a wall of plant material; nevertheless, despite our best efforts to nurse the silver lace through transplant shock and acclimation, only the climbing rose (near the corner of the fences in the back of the photograph) survived.

The dwarf trees in the before photograph grew to maturity and softened the view, but they did not entirely block our view of the fence.  And during winter months, the shedding of their leaves was even less effective in screening other aspects of the view.  Also as part of our original approach to the garden, we installed a landscape fabric, weed-control barrier on top of which we spread bark chips.  This worked well enough for several years, but the natural accumulation of debris from both the crab apple trees and the adjacent pine trees started providing enough of a layering of organic material to sustain plants that germinated and took root in the accumulation.  These and many other considerations described in the introductory article in this series combined to make construction of an outdoor structure the most realistic long-term approach to this part of the garden.