COVID-19 info for December 2021: We're still open online! We continue to make occasional adjustments to order fulfillment to accommodate local health regulations and supply chain issues. We now accept PayPal, major credit cards and Venmo (via PayPal) for all online and telephone orders, but we had to permanently discontinue in-store pickups, replacing them with free expedited domestic shipping on art prints. Orders are fulfilled on schedule by us or directly through our manufacturing partners, but some minor delays may occur throughout the holiday season.

By Al R. Young
One of the first major additions to the $10 easel, several years ago, was a retractable platform that serves as a step when the easel is used for a tall painting, and as a bench when we need more seating in the studio. 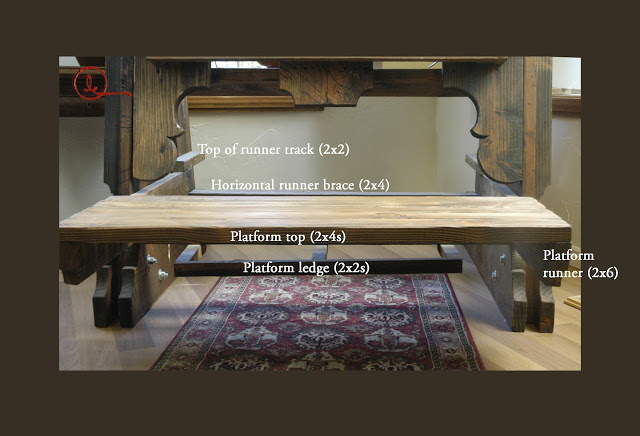 In the foregoing photograph, the "platform ledge" is used only to hold the bottom of particularly tall paintings that are also narrow enough to fit inside the width of the platform runners.  Most paintings can rest on a ledge clamped to the face of the easel.

The following photograph shows a little more detail from a side view of the platform. 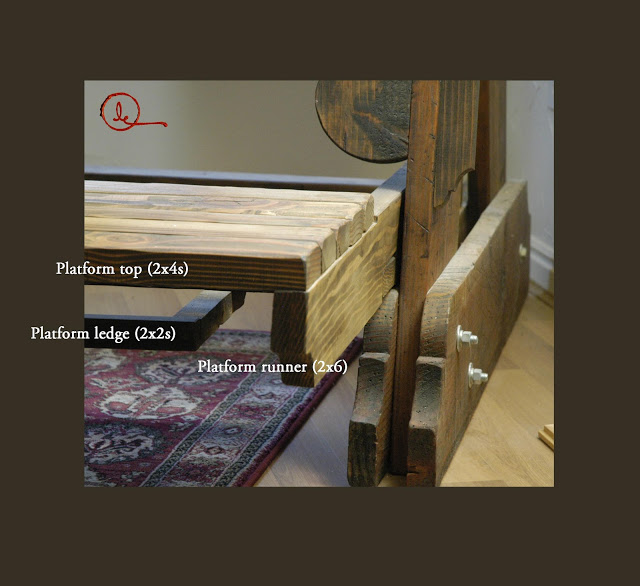 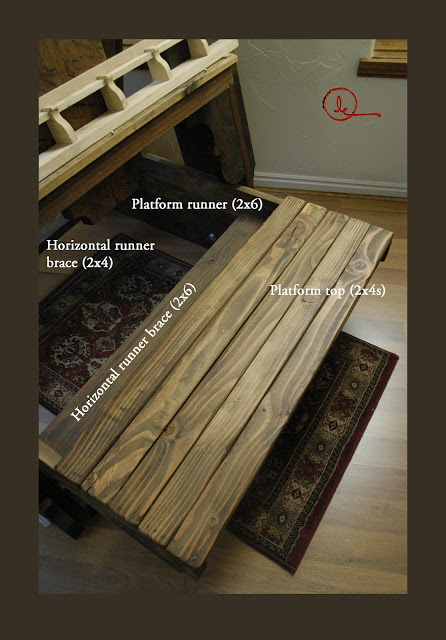 The last photograph shows the back of the platform from inside the easel. 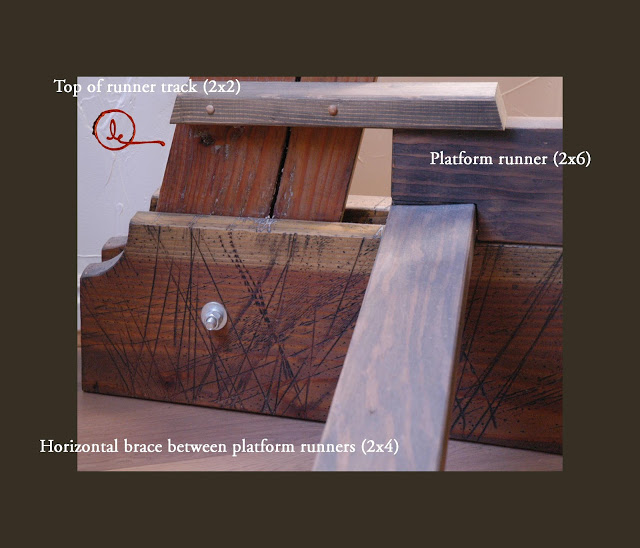 Grabbers were used as fasteners.  Furniture wax greatly enhances the action of the platform.