It is the essence of captivity to isolate, torment, cripple, and destroy; not just for a time, but for as long as life endures.  The aftershocks of captivity can reverberate for generations.

When my father was liberated from a Japanese POW camp at the end of World War II, he weighed about 90 lb.—scrawny for any man, but skeletal for someone 6 ft. 3 in. tall.  But his weight was only a physical shadow of what had happened to him for 39 months of a cruel captivity consisting of two hellship voyages; a submarine attack; physical, mental and emotional starvation; innumerable beatings; forced labor; disease; psychological abuse; isolation; and six months of Allied bombing raids that devastated Tokyo, obliterated his prison camp, and killed many of his comrades.  That was in 1945.

In many ways, Dad was still a captive almost eight years later when I was born.  Looking at photos from my childhood, the colors have faded, just like the music of the voices that were present when the pictures were taken. 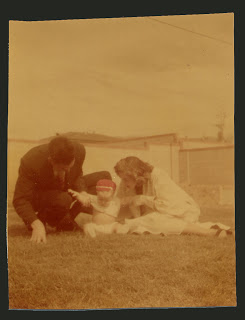 While growing up in the carefree sunshine of my childhood, I began to understand that there was darkness in my father's life; darkness so terrible that no one dared speak of it, lest naming it would unleash.  What I did not know was that there were other photos in my father's life; photos that have never faded, either on the paper where they were etched by acid or in my mind and heart where an unseen hand engraved them.  Among these were pictures of pale and mournful men. 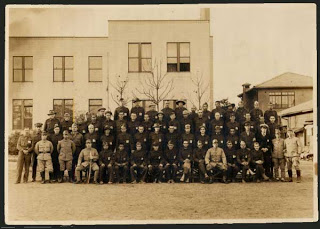 One of the photographs was a close-up of a man completely alone, whose eyes were so deeply set that sunlight could not reach them; eyes that smoldered with a fire so intense that not even light could clothe its flame.  I still remember my amazement upon learning that the photo was a picture of my father. 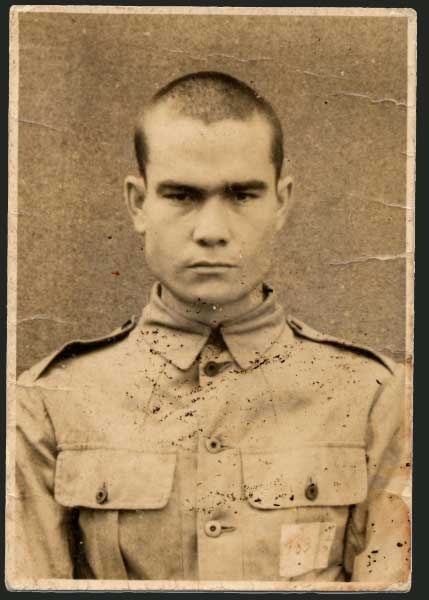 Somehow, I always knew Dad loved me; not because of the toys and good things to eat and clean clothes to wear, nor yet because of the little house where we lived, with its green patch of lawn and my dog for company.  I just knew.  I even knew it through all the years when the magma smoldering in the eyes of his POW picture overflowed and scorched the bright colors of happiness; years when smiles were red-rimmed and tear-stained.  Those were years before post traumatic stress disorder (PTSD) was known or named, and the people and families confronted with it had to cope as best they might.

Confronted with any challenge, a person tends to search through the talents with which they are endowed upon coming into this life, hoping (sometimes desperately) to find a gift or strength or tool fitted for dealing with the challenge.  Confronted with a loving father--separated from me by his own internal struggle with the aftershocks of a terrible, disfiguring ordeal--I chose to span the chasm between us by means of writing.

When I was seventeen years old, Dad's captivity reached out in flashbacks that precipitated a nervous breakdown, all but shattered his family, and abruptly ended a successful career.  Three years later, he was still captive when I first asked him to write or tape-record something about his experiences.  At no small personal peril—owing to severe and chronic problems with PTSD—he responded with his first successful attempt to tell part of his story.

Another eight years passed before we sat down with a tape recorder between us to attempt a more complete recitation.  Then another 17 years passed.  While I read and researched, Dad embarked upon a written narrative of his life, including the war years, and he also collected as many original sources as he could.

In 1997, my first attempt to write the book began in earnest with the drafting and review of several chapters, but the attempt failed.  A year later, he and I conducted the most penetrating and pervasive of the interviews we would conduct during the long process of preparing to recount his experiences.  We also corresponded with each other about numerous details of the accumulated accounts.

Then, in 1999, Dad was diagnosed with cancer, but two surgeries took care of it and he was restored to health.  Five more years passed, and it became evident that if the book were to be written during His lifetime, it was "now or never."  I spent the fall of 2005 setting things in order so that I could devote as much time as might be necessary during 2006 to the long task of writing the book.  Had the story focused primarily on events, its telling could surely have been completed long ago, but the story kept plying its own course:  A relentless focus on what happened inside Dad's mind and heart in the context of events.  The story also wanted to be a story not only about captivity as a Japanese POW, but a much more general, even universal, story about captivity of any kind.

By the spring of 2007, the manuscript had been through numerous personal iterations and reviews, and was ready for circulation among selected readers.  While subject-matter specialists and others were evaluating the manuscript, I was diagnosed with leukemia.  Not until 2008 did I resume work on the project, and, when I did return to it, my wife and I saw the manuscript with fresh eyes.  The result was the most sweeping rewrite of all.  Then, in the summer of 2009, we published the book just weeks after Dad's 90th birthday.

When Dad and I started this long, long journey together, there was a great—an insuperable—gulf between us.  In the end however; indeed, even before the end, that gulf vanished.  In short, we did it!  Dad was a free man before he died, and so was I.