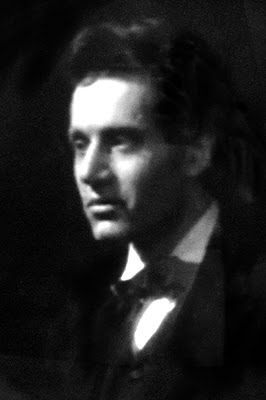 If you're a little older (like me) you might still remember celebrating Abraham Lincoln's February 12th birthday by making Lincoln silhouettes atop Valentine hearts, and George Washington's birthday on the 22nd by hearing school teachers dramatically utter the phrase, "I cannot tell a lie, Sir..." Nowadays Abraham and George have to share a single February day of recognition, and no one's even in school to celebrate it. There are a few ways to recapture a bit of the grandeur of the two presidential giants, however.

Of course, there's always a full reading of Sandburg's Lincoln, but that probably should have started near the New Year.

There's also our favorite telling of Washington's life, PBS's 1997 Production of Liberty! The American Revolution, but we usually save the six-hour watch it requires for hot evenings near the Fourth of July when sitting inside accompanied by air-conditioning is particularly welcome.

Before the month of presidents ends, however, there's still time to give Honest Abe some prime time, even with the Olympics in full swing. Young Mr. Lincoln, John Ford's 1939 tribute to a heroic president-in-embryo is endearing and enriching from the opening credits to the closing scene. Young Henry Fonda presents young Abraham Lincoln as both charmingly awkward and breathtakingly deep. Moreover, there's something for every movie watching taste--it's part historical drama, part comedy, part courtroom drama, part whodunit, and there's just a tad of tragedy as Ford literally reminds us of the tempestuous future larger-than-life-Lincoln is walking towards. While the details of the story may not be more than remotely accurate, the portrayal of Lincoln is true to the man. (And besides it's boatloads of fun!)
No real Parental Precautions to speak of--though little ones may find the embedded murder mystery just a bit scary.