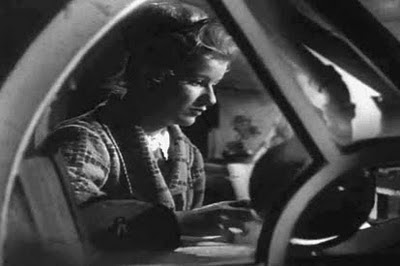 "First and foremost" every Mother's Day weekend, our family "remembers Mama." A must watch film to kindle every best feeling about a day that can sometimes dwindle into a perfunctory and harried Hallmark holiday, I Remember Mama is a thoroughly delightful remake of John Van Druten's long running Broadway play of the same name. In the midst of World War II, the play was performed to packed audiences aching for a return to prewar family life.

Van Druten had adapted Kathryn Forbe's book, Mama's Bank Account, which also had been an overnight sensation when it was first published in 1943. Even with the war ended, the 1948 film enjoyed equal success and garnered 5 Academy Award nominations. Though Irene Dunne lost the best actress award to Jane Wyman's portrayal of haunted deaf/mute Johnny Belinda, Dunne is a joy to watch in her most unglamorous role as Mama.
I Remember Mama is a tale, however, not just about mothers and children; but about how mothers hold together generations, how fathers love and support, how there are riches beyond dollars, and that dreams make worthy ambitions and should never be cast off. As necessary a story now as it was in another wartime, a nice watch of "Mama" may still be able to "fix anything"--at least for an evening.