While "Hitchcock" and "charming" are an unlikely pairing in a word association game, this particular pair of Hitchcock films undeniably fills the bill.

Before ropes, psychos, and torn curtains entered Hitchcock's repertoire, he made some little cinematic delights where humor vied with suspense for top-billing and American and British stars had way-too-much-fun with their roles. Each of the films was quirkily flawed—the endings usually seem to be a surprise to everyone, even Hitchcock. But their splendid naïveté and comedic flair render them wholly endearing. 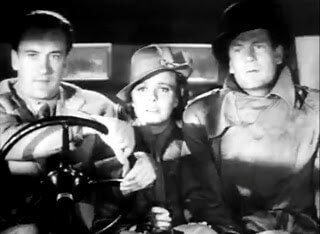 Perhaps the best of them was the 1940 film, Foreign Correspondent, where, while making a blatant plea for U.S. intervention in WWII, Hitchcock also created a fast-paced, sturdy bit of fluff full of great lines delightfully delivered by the likes of Joel McCrea, Laraine Day, George Sanders and Herbert Marshall. Albert Basserman's outstanding performance as a Dutch diplomat kidnapped by Nazi sympathizers garnered him an Academy Award nomination. The film was also nominated as Best Picture, but was beat out by yet another Hitchcock film, Rebecca. While Rebecca is indisputably the superior piece of cinematography, Foreign Correspondent has the not-to-be-underestimated dividend of George Sanders (the man for whom the term "suave" was invented) playing a good guy!

A runner-up for the most winsome bit-of-Hitchcock is his postwar production, Stage Fright, starring Jane Wyman as an aspiring actress, Richard Todd as one of Wyman's love interests, Marlene Dietrich as Richard Todd's love interest, and Michael Wilding as Wyman's preferable love interest, with Alastair Sim on hand simply to be of interest. 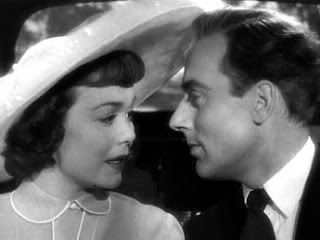 Jane Wyman is naïve and appealing, and gets to wear Dior dresses. Richard Todd is attractive and inscrutable, and gets to carry around Dior dresses. Michael Wilding is dear and engaging and has nothing to do with Dior dresses. Marlene Dietrich is Marlene Dietrich and gets to sing a Cole Porter tune (although we usually skip that part). Alastair Sim is just plain fun. And incidentally, one of them is a demented murderer—this is still Hitchcock after all—which means in either film there will be some disturbing images and elements that push these films—though free of inappropriate language, unclad bodies or even much kissing—out of the viewing realm of small fry. So older kids only, if you want to avoid any nightmares in children of the under 10 category.