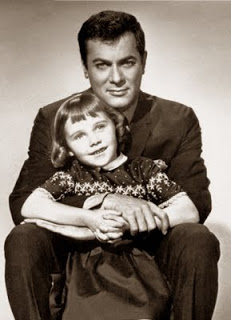 Orphaned heroes and heroines abound in children's literature.  From Oliver Twist and David Copperfield to Mary Lennox and Pollyanna—not forgetting those in our most recent and upcoming journals, "Just" David, Anne Shirley and Swiss-Miss Heidi—the value in the stories and their impact carries on even for children with highly intact, two-parent families because we all find ourselves "orphaned" in society from time-to-time. Whether it's the first day of kindergarten or college, a nursery school or a nursing home—we sometimes find ourselves making our way amongst strangers in a strange land, and reading about the courage and successes of other "orphans" bolsters our own bravery.
These two "Forgotten Films" carry on the orphan tradition; and have the added enchantment of featuring two agreeably innocent child stars.  Either film makes for fine viewing to mark both the official end of summer, as well as any wee one's return to the bewildering post-summer world of public school. 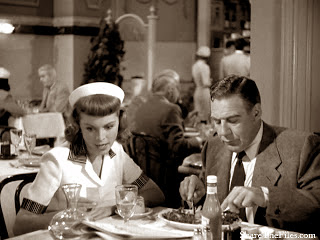 Angels in the Outfield:  Paul Douglas probably wouldn't be cast as a leading man today—and more's the pity.  Anyone who can make a convincing love interest for a much younger and flawlessly beautiful Janet Leigh, without seeming either silly or seedy, is one great actor.  And he's certainly ideal here as gruffy Guffy McGovern, the belligerent and bellering manager of the slumping Pittsburgh Pirates.  Janet Leigh plays a reporter whose usual beat is the household hints column, but who's on temporary assignment to give a woman's viewpoint as to the reason for the Pirate's sagging success.  One listen outside the locker room after yet another Pittsburgh loss, and she quickly crowns confrontational McGovern as king of the crash.  Her paper assigns her to follow up with further attacks on McGovern's embittered, foul-mouthed ways, but in the process she begins to take a liking to both the man and the orphaned moppet whose prayers—answered by angels in the outfield—are mending not only McGovern's ways, but also the Pirate's chances at a pennant. 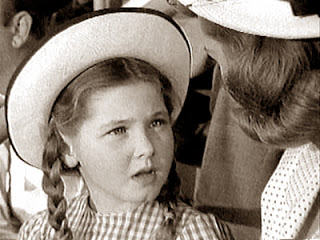 Donna Corcoran, a child star from a family of child stars—the most prominent being brother Kevin who appeared in Disney films such as Swiss Family Robinson, Old Yeller and Toby Tyler—is truly endearing as the aforementioned moppet; and Paul Douglas's immediate respect and affection for her in the film quickly endears him as well, which aids greatly in the believability of his reformation.  Spring Byington is pleasantly along as the orphanage's baseball-loving Reverend Mother, and Keenan Wynn is unpleasantly along as a spiteful stinker of a baseball announcer out to oust McGovern.
And, not to worry, though McGovern clearly swears, he never swears clearly—all his rampages are totally unintelligible so anyone can listen without picking up any new vocabulary—wish that happened at school!
This is not, by the way, to be confused with the 1994 Disney remake that shares the same name and same basic plotline, but is possessed of less sheer, delightful innocence.

40 Pounds of Troubleis itself a remake of Damon Runyon's Little Miss Marker, but in this case, I prefer the remake to its more melodramatic predecessor—even if it has a very young, sweet, curly-topped Shirley Temple as the "little miss." 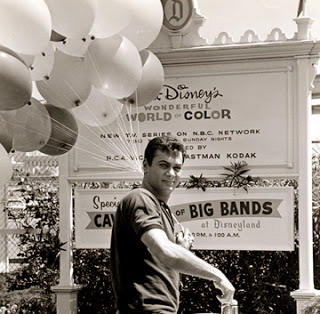 And while "Some Like It Hot," I like Tony Curtis rather cool—which he certainly is in this film.  He plays Steve McCluskey, a Tahoe casino manager with a quicksilver mind, a GQ wardrobe, a Machiavellian ex-wife and a mania for neatness.  Perhaps the greatest difficulty for this light comedy was casting a love interest for Tony Curtis who was actually prettier than he was, but Suzanne Pleshette, in her first non-television role, fills the bill beautifully.  Casting Claire Wilcox in the "little miss" role as Penelope Piper (whose clothes are as good as Curtis's, by the way) may have been the real coup, however, as she is unfailingly adorable, and charmingly holds her own in the presence of every other cast member—playing particularly well across from Curtis. A large share of the balance in the relationship certainly goes to legendary Norman Jewison who made his directorial debut with 40 Pounds of Trouble.
The film isn't without its flaws.  In Pleshette's own words in the film, "no one's ever going to mistake me for Peggy Lee;" and having listened to her simulated stage performance once or twice, we don't generally feel compelled to watch it faithfully each time we view the film.  The too-long chase scene may only send preschoolers into gales of laughter—the rest of us may want to exercise fast-forwarding privileges.  Still, something works really well in this film, and we don't like to go longer than a year without a re-watch.  It's a whole lot like a quick, end-of-the-summer trip to Disneyland—which, incidentally, it is.