COVID-19 info for January 2022: We're still open online! We now accept PayPal, all major credit cards and Venmo (via PayPal). We've permanently discontinued in-store pickups, replacing those with free expedited shipping on oil paintings and art prints. Most orders are fulfilled on schedule by us or directly through our manufacturing partners.

By Al R. Young
Final preparations are being made for the presentation of four paintings, from Al Young Studios, scheduled to appear in an upcoming Easter fine art exhibition. Details of the exhibit will be announced by the sponsor; however, the four paintings to be included from the Studios are Blessed Is She That Believed and As It Began To Dawn, both by Elspeth Young, and I Shall Be Whole and And I Will Not Deny The Christ - Moroni, two paintings by Al Young.

The two paintings by Elspeth, as well as Al's painting entitled I Shall Be Whole, are part of the Studio's ongoing Women in Scripture project. And I Will Not Deny The Christ - Moroni is part of the Studios' Manti Project, featuring heroes of the Book of Mormon.

I Shall Be Whole was completed in 2009, but Al signed it today while work progresses on the frame for the painting. (A future post will feature the custom framing that is an important part of the Studios.) 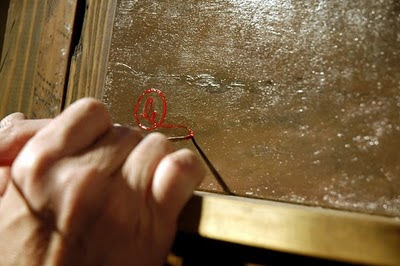 The following links for each painting to appear in the exhibit present an artist's commentary and background for each artwork: 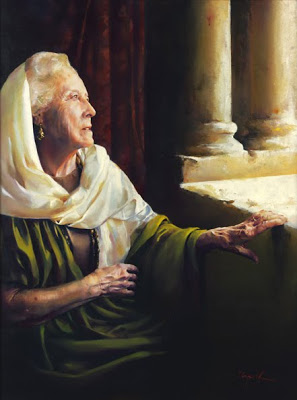 Blessed Is She That Believed by Elspeth Young 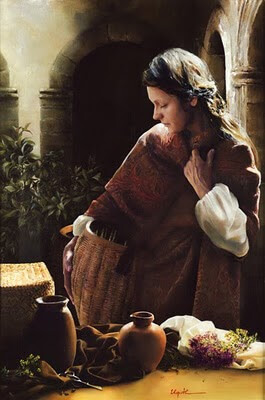 As It Began To Dawn by Elspeth Young 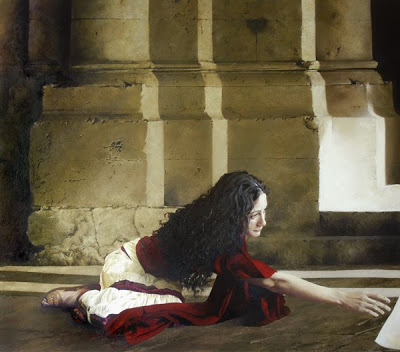 I Shall Be Whole by Al R. Young 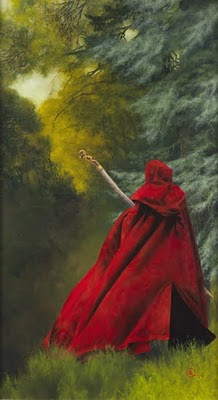 And I Will Not Deny The Christ - Moroni by Al R. Young

Tags: And I Will Not Deny The Christ, I Shall Be Whole, Blessed Is She That Believed, As It Began To Dawn, 2010, Exhibits, News