Creativity and garbage in the Magic Kingdom 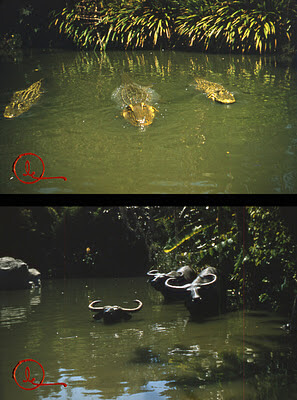 I have been to Disneyland only twice: Once, in 1957, as a boy too young to remember much more than fright at the sight of alligators swimming toward our boat for the sole purpose of eating me, followed by water buffalo approaching us in hopes of dessert. The second visit came in 1988 when Nancy and I took Ashton and Elspeth to visit the park while I attended an industry conference nearby.

I was working in an advanced product research group at the time, and having been primed by intensive inquiry into such topics as creativity, user interface design, error handling, etc., my experience at Disneyland once again caught me entirely by surprise: Disneyland is actually a dreadful place to visit.  Imagine saving up precious vacation time to visit a super-crowded place to pay for the privilege of standing in line, enduring heat and glare, noise and -- above all -- garbage.

If anyone were to describe such a place without naming it, and then ask whether I wished to go there, my refusal would originate not in my brain, but my autonomic nervous system. On the other hand, my reflexes would respond enthusiastically at the mere mention of "Disneyland."

What makes the difference?

The answer: Good design. Of course effective promotion is also important. Cruise lines, for example, seldom advertise itineraries in terms of the low incidence of various disasters and illnesses to which passengers may be exposed; instead, they follow the well known adage: "Sell the sizzle instead of the steak" -- let the aroma and the crackling of juices dripping into the flames beneath the grill play upon the senses, and all the work of selling is done.

The importance of expectation can hardly be overestimated in terms of visitor response to Disneyland or anything else; nevertheless, it is ultimately the experience with the thing desired that matters most. And in terms of our visit to Disneyland, it was the genius inherent in its design that entirely captured my imagination. The imaginative ways in which lines were configured remains a marvel of diversion from the reality of boredom induced by waiting. Noise and everything else are features of the park exploited in one way or another, but, to my mind, the penultimate design achievement focused on garbage.

My fascination began with the realization that no trash was in evidence, and yet almost everyone was eating something, purchasing food, or just finishing a snack. The eating alone would have produced enough used cups, plates, plastic forks, and half-eaten hot dogs to transform the Magic Kingdom into a dump within a couple of days. In thinking about the garbage problem that must have confronted park designers, these possible solutions came to mind:

Failure to identify a problem usually results from insufficient homework. Lack of imagination, insufficient experience, too little time, ignorance of the creative process, and other factors can cripple a design project from the outset.

Ignoring a problem is always dangerous, but sometimes the wisest thing to do. Few decisions are more momentous, and require the best wisdom and greatest integrity that can be brought to bear on the situation. Some artifacts or deliverables can be improved over time (iteratively) while other products offer only one chance to "get it right."

Preventing garbage at Disneyland would have turned a world-class amusement park into something akin to a living room -- not synonymous with magic or fun in my experience.

Alternatively, the design might have sought to constrain eating and drinking to specified areas in order to facilitate trash management. Such an approach could have created things like rules, making trash-handling not only visible, but prominent. Imagine a policing effort, complete with penalties for infractions and rewards for more responsible behavior. Instead of stepping into a magic world where Mary Poppins utters a sentence and clutter magically disappears, visitors would have been confronted with infrastructure. Regardless of what such a park might have offered, its spell would have been broken. Real magic takes care of trash all by itself.

Design activity at this level is informed and responsible, but unimaginative because the original problem remains not only visible, but prominent. Successful design transforms problems into assets, woven into the design so deftly that without them the whole design falls apart.

It seemed to me that two simple things made garbage-handling in the Magic Kingdom truly ingenious:

First, every "elf" with a broom and dust pan wore a polo shirt with Disneylandemblazoned on it. Second, every elf smiled. As a result, wherever trash appeared outside of where it belonged, Disneylandand magic were already on the scene to take care of it. In the real world, smiles are almost never associated with the creation of trash, and whenever an accident occurs, resulting in something to clean up, all the fun stops.

Since my experience at Disneyland, I can't claim to have actually been a better designer, but I believe I've had a clearer idea of what design and development ought to achieve. It's still easy to feel threatened by design problems. It's easy to label a problem as a problem and thus keep it in tact throughout design and implementation.

The name we give to a thing is a declaration of what we intend to do with it, a statement of how we intend to act toward it. For a problem to undergo the transformation that is part of truly creative design, we have to find another name for it. This renaming is the essence of creative design. To achieve it we have to be believing: We have to believe that the design problems we face are not necessarily inimical to our objectives; that they are, instead, assets.

In most cases, the destructive thing about such problems is the way we treat them. We have to believe that solutions will present themselves; that with all the knowledge, imagination, time, labor, and patience we can focus on the task, problems can be transformed. And we have to be open to the probability that really creative solutions will be simple, even inexpensive -- like the cost of a smile and a polo shirt with a logo on it. 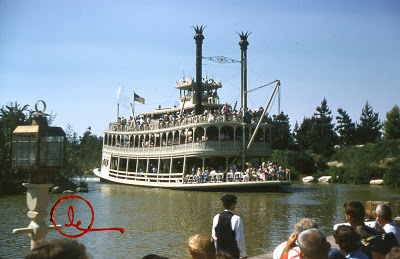