By Al R. Young
Two artworks by the artists of Al Young Studios are featured in the 28th Annual Spiritual and Religious Art of Utah Exhibition.

Elspeth's painting of Lois, from the New Testament, received an Honorable Mention.

Unto the City of David by Ashton was among the artworks accepted for the annual exhibition hosted by the Springville Museum of Art.

Frames for the artworks were prepared by Al Young Studios. 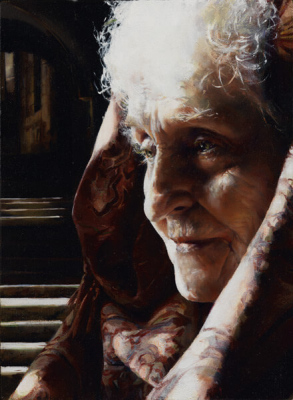 And He Shall Direct Thy Paths

Unto The City Of David

Tags: Unto The City Of David, And He Shall Direct Thy Paths, 2013, Exhibits, News