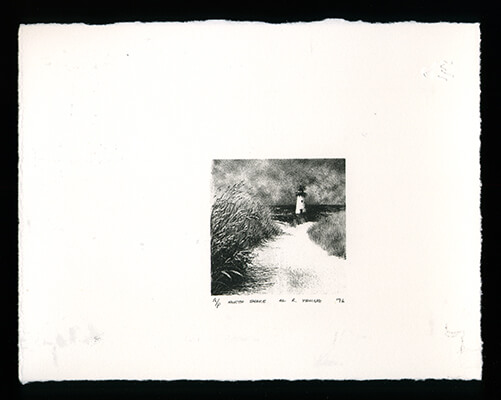 Copyright 2023 by Al Young, All Rights Reserved. You may not print, copy, or reproduce this work or make derivate works from it without the prior written consent of the copyright holder. For permissions, please review our FAQ page.

By Al R. Young Beginning with its July 1997 issue, Victoria Magazine (published by the Hearst Corporation) embarked upon a three-part series of excerpts from The Country of the Pointed Firs by Sarah Orne Jewett.  The first installment in this series featured five of Al's signed and numbered lithographs from the Studios' Limited Edition Fine Art Collection.

By Al R. Young
The images for this edition (these editions) of original lithographs were hand-drawn by the artist on a single Bavarian limestone.  Processing, proofing, and printing were done by hand by Wayne Kimball in Pleasant Grove, Utah.  Trial proofing took place in early summer, and edition printing was completed in late July 1996.
This edition is comprised only of the impressions enumerated in the following table.  (The numbers are identical for all three images.)  All other impressions have been destroyed... Read more »