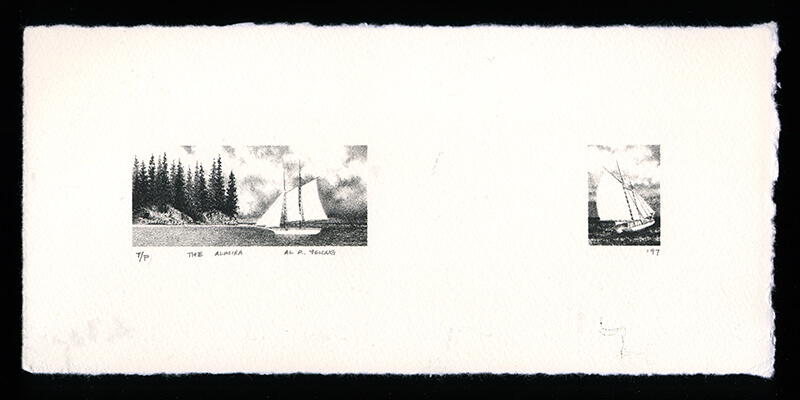 Copyright 2022 by Al Young, All Rights Reserved. You may not print, copy, or reproduce this work or make derivate works from it without the prior written consent of the copyright holder. For permissions, please review our FAQ page.

The images for this edition (these editions) of original lithographs were hand-drawn by the artist on a single Bavarian limestone.  Processing, proofing, and printing were done by hand by Wayne Kimball in Pleasant Grove, Utah.  Trial proofing took place on 18 May 1997, and edition printing was completed on 21 May 1997.